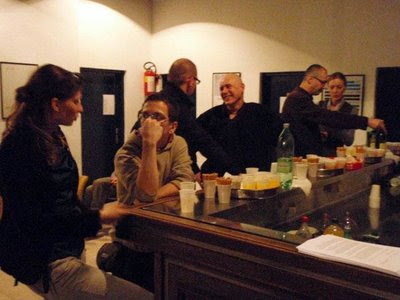 There are around 6.7 million foreign residents living in Germany, a fourth of which are Turks, the Federal Office of Statistics in Germany reported. By the end of 2008, there were 0.3 percent less foreigners in Germany than in the previous year. The Turks make up for 1.5 percent of Germany’s total population of around 82 million. Many of these Turks gained German citizenship. Every fifth foreign citizen living in Germany was born in that country. Among these, every third is Turkish, 31 percent is Italian, and 28 percent Greek. According to German law, it is customary for foreigners’ children born in Germany to take up their parents’ citizenship. (Hina) [1]

The concept of the nation is a complex one; to try and define the notion means taking into account a wide rage of criteria such as language, culture, dissent, history, religion, etc. Such so called objective criteria can be found in many of contemporary definitions of the notion of nation, such as the following: A nation is a relatively self-sufficient and stabile national life community, stemming out of the historical development of the associating of people into communities for the purpose of survival and development, which is characterized by a uniform state territory, common economical life, specific culture and language, adequate religion, a developed collective and individual awareness of national feeling. Another element is included in this complex definition, which can be labelled as a voluntary definition of a nation, the most famous of which is that of the French philosopher Ernest Renan. In his 1882 lecture What is a nation? he concluded that the nation is a daily plebiscite, which is based on the individual’s subjective criteria.

In the 21st century the problem of nation and its self-definition is not less complex; in fact, it could be argued that the question is more complicated than ever, especially when observed in the context of globalization. Globalization has not treated kindly the nation as idea, concept and social reality. The nation was associated with the backlash against irresistible historical forces, doomed to obsolescence by global postmodern culture, deprived of its institutional shell by the decline of the state, and with a questionable reputation among social scientists to boot, the nation appears to be rapidly fading into little more than a historical phenomenon. [2]

In the last couple of decades, central and south-east Europe found itself caught up between two extremities: between East and West, between capitalism and communism, between globalization as a factor of unifying and the tendency to create one’s own identity. In the early nineties, countries of this area found themselves in the paradoxical position in which they were to denationalize their economies and nationalize their culture at the same time. Today, the question arises – what does globalization mean for this area, what changes will it bring, how does it affect the projection of national identity? It is certain that in the contemporary world, the problem of nation and national identity cannot be examined separately from the process of globalization. This exhibition therefore looks at the phenomenon of nation and national identity within the globalization process, as well as the problems, paradoxes and ironies arising from that correlation. 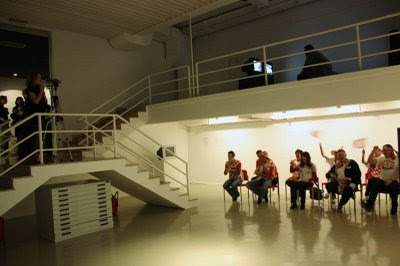 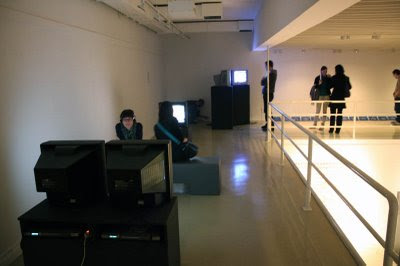 The work of a young artist from Dubrovnik working in Zagreb under the artistic name of Id Sarup [3] deals with the problem of creating an image of Croatian society and the questioning of that image through a series of ambivalences which the author creates by transforming data and by editing parts of the show The Faces of the Nation. The first ambivalence rises from the reformulated statistical data on the basis of original ones which give the overall image of Croatia. The author creates his own interpretation which at times seems absurd or even more realistic than the real-life situation. The result is a tragicomic image of the Croatian society which introduces the observer with a pessimistic world which is possible in its entirety, created with exaggerating and falsification. The question arises about the author’s view of social engagement; does he warn of all the negative facts of society and how rotten it is, and wishes to stimulate change, or does he animatedly observe from a safe distance how things are becoming worse. The second part of the work consists of the questions asked by the author and presenter of the talk-show The Faces of the Nation; the questions are about global capital, the nation, borders, Croatia, man, etc. These questions, however, remain without answers. An ambivalence similar to the first one arises; support to the people who fanatically dwell upon the faith of Croatian society, or the fact that man is helpless when faced with capital both amuses and saddens the observer? Both ambivalences give enough space for multiple interpretations which are to serve to assist the observer to take up their own view on the matter.

While this work opens numerous possibilities for interpretations, the protagonist of Saša Karalić’s [4] video work, Schwabo, gives his view of art and religion, the East and West. Although his answers may seem simple enough, they carry in their essence paradoxes and contradictories of religious, geopolitical, and national identity. It could be argued that the experience of identity testified by the protagonist of Karalić’s work can be an emblem for every national identity today.

A global vision of the nation problem will be presented in the video works of Hakan Akçura [5] a citizen of Turkey, a country still waiting for EU membership, who moved and started a new life in Sweden, an EU country, where he has encountered numerous problems as an emigrant. His works were created as a reaction to the indifference and even ignoring of the problem of emigrants, that is, a situation in which a large number of people is treated and considered as a – number. With his performances, Akçura does not fight the system, but tries to facilitate its work and at the same time to make it just, humane and remove its label of discrimination. With this pacifist approach, he primarily tires to acknowledge his existence and fulfil his right to free movement and equality. 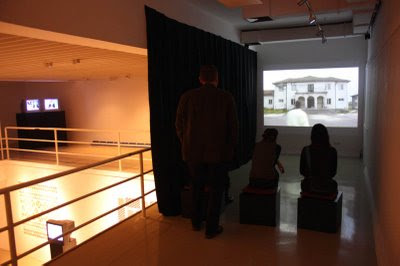 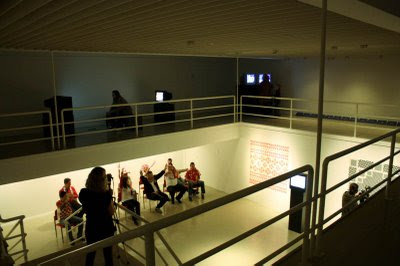 Jasminka Končić’s work [6] Product of Croatia questions national identity in the time of globalization, taking examples from the world of sports, while touching upon the phenomenon of multiculturalism/multinationalism that occurs in the world of sports. What happens when a foreign citizen decides to accept Croatian citizenship and to compete for Croatia? We mostly approve of such transactions, but incredulously watch when Croatian sportsmen leave to compete for other countries. The author observes with irony that phenomenon of national pathos and multinationalism which simultaneously appear in sports, as well as the flexible boundaries between them.


A series of photographies by Ana Lozica [7] also deals with the question of nationalism in sports, but from a somewhat different point of view. The author is fascinated with the privileged, almost exclusive media and social attention sports enjoys, especially when Croatian athletes are successful; judging by newspaper headlines, all other problems in the state seem irrelevant in comparison to sport success. With this work, she questions the role and creation of national identity within sports – how is sport actually important in that role? It is enough to remind ourselves that most people start naming successful Croatian athletes to foreigners when talking about Croatia, or when they are at least trying to locate it on the imaginary geopolitical map... (Text: Nina Pisk) 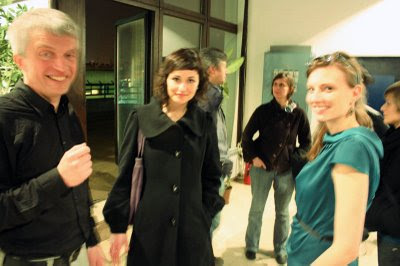 Curator Klaudio Štefančić and his assistans Sanja Horvatinčić and Nina Pisk at the opening night.
Posted by Hakan Akçura 1 comment: Links to this post 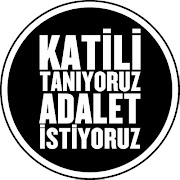